Re-edited, cleaned up and the same awesome story it was two years ago--
It's back up on Amazon and KU for you to share with your friends. 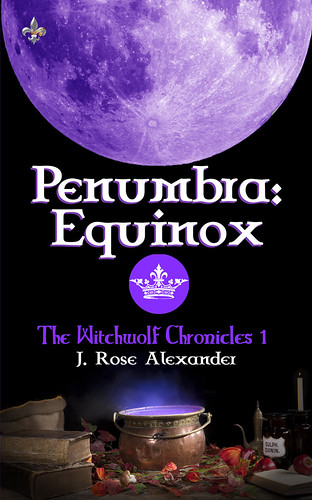 What would you do to keep your friends
from falling into evil?

It wasn't a question the group of friends wanted to think about. With Vincent trying to hide his werewolf, Alia and Coray discovering their frightening powers, and Coleen getting slammed with the news she's adopted, they have enough to worry about.

(Never mind that they also have to to deal with Vincent's and Alia's crazy exes, Coray's mother, Coleen's father and the otherworldly creatures someone is sending after them to kill them-- There was really enough to keep anyone busy right through homecoming.)

But the day Vladimir Vaduva shows up at their school and people start turning up both dead and drained of blood, it becomes a question they have to have ask.

As Rosa and Billy get pulled into the vortex, they realize they need an answer...

And, they have the feeling they aren't going to like it.


Get it NOW on AMAZON

Alia woke up to the sound of a perversely happy bird chirping in a nearby tree. She was soaked to the bone and uncomfortable, though no longer cold. She was not in the mood to listen to cheerful little birds, whose only purpose in life was to tweet infernally pleasant tunes to those people of the world who could wake up at the crack of dawn.
She pulled at the blanket and fluffed the pillow, though her choice of bed was apparently a cold hard surface that was in no way comfortable. She adjusted the blanket again and rolled onto her back to try and find a better sleeping position.
“Do you often sleep in cemeteries? ‘Cause if you do, you’re weirder than I am.”
Alia’s eyes shot open and she leapt up from her cold slab. Spinning around, she found the source of the voice: Coray was leaning against a headstone, arms folded, a twisted smirk on his face. She stared at him in disbelief for a few seconds, then realized what he had just said was dead accurate. She had fallen asleep on the steps of a mausoleum. She relaxed a little and grabbed the blanket. “Where am I? How’d you find me?”
“You’re at Green Knoll Cemetery,” Coray answered. “Apparently, napping with the dead. I was at Vincent’s last night when you busted in.” Coray leaned up from the headstone. “We tried to run after you, but the sky opened up on us as soon as we walked out the door. I ran to your house, and your mother was standing in the doorway, looking horrified. The front door was shattered, and the car is going to need some attention as well.
“Your dad showed up on the porch looking a touch panic-stricken. He told me you ran and wanted to know if I knew where you’d go.”
She sighed. “This is all so screwed up. I guess the rest of them will be here in a few minutes?” Alia wrapped the blanket around herself.
Coray shook his head. “They don’t know I went to look for you. They think I left and went home. No one knows you’re here.”
Alia slumped in relief. “Thanks, Coray.” She sat down on the tomb she had just leapt off of.
“You’re welcome.” He took a seat next to her.
Alia looked at him. “Why did you tell me to let my parents know about the hogrodan’s wound?”
“I knew your parents would know how to take care of it.” Coray shrugged.
Alia shook her head. “Dad was really upset this thing was after us. And you said something about stopping it for good.”
“Yeah, I did,” he said. “Well, since I was the one who forced the hand, I guess I should explain what’s going on…” Coray looked over at her. “And I would guess a damn right better than the half explanation you got last night?”
“The half explanation?” Alia laughed sardonically. “You are joking. All I got last night was really confused. A brother I never knew claiming he was somewhere around nine hundred years old just appeared in the middle of my living room. My parents are lying to me.”
Coray shook his head. “They aren’t lying to you, Alia. What did they tell you last night?” Coray said.
“That I’m a witch and have four siblings. There was something about wolf’s bane? Hen’s bane? Royalty? By the time they got to that I wasn’t listening. These mysterious siblings are about as fond of my mother as I am. Especially Jacob.”
Coray nodded. “Okay. Well, they lied to you about a part of your life, not the whole thing. I would blame them, but I wouldn’t completely blame them for that. It’s some sort of stupid tradition that has gotten them in trouble before. You’re a witch, Alia. A full-blooded, natural witch. Just like I am.”
Alia sighed. “For some reason, I didn’t think they were lying about that part.”
“Pissed me off too,” Coray commiserated. “Here.” He produced a cup of steaming tea, complete with tea bag still steeping. “Earl Grey?”
Alia looked at the cup as though it were poison, and after realizing how cold and thirsty she was, took it from him. “You?”
“Yeah, me.” Coray nodded.

About The WitchWolf Chronicle and Origins

Welcome to my world.
This is a world of witches, werewolves, vampires. Demons and daemons. Fae and strigoi. Superheroes, and superhumans. Masked avengers and heroes of all sort.
In my world, there are powerful men and strong women. There are other worlds and other dimensions. And it’s not a simple tale.

It starts in 1988, in upstate New York at a high school called Ulysses Grant Regional High School.
And it all starts with a lice infestation.
Where did I say my world was normal? Things like that happen a lot in my world. It’s the whole butterfly effect...


Welcome to my world.
This story is just the beginning.
Posted by Jenn at 2:29 PM No comments: