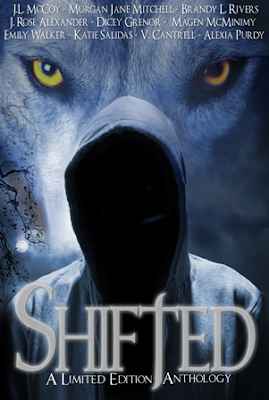 ON SALE FOR $0.99
AVAILABLE FOR A LIMITED TIME ONLY 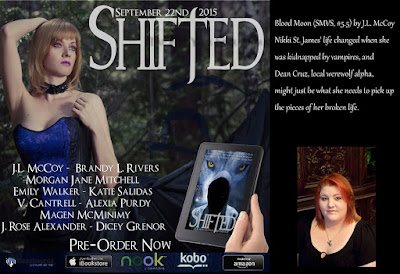 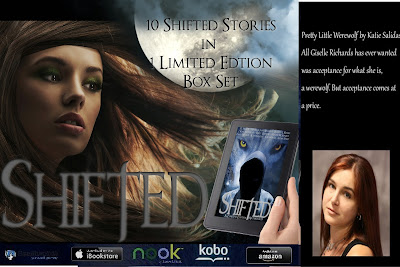 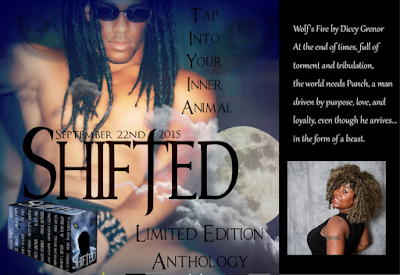 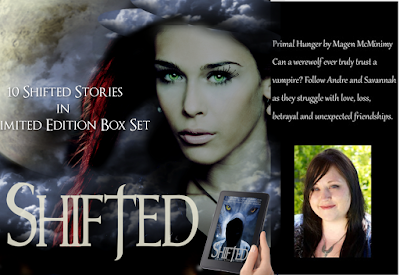 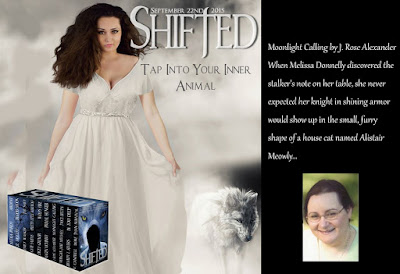 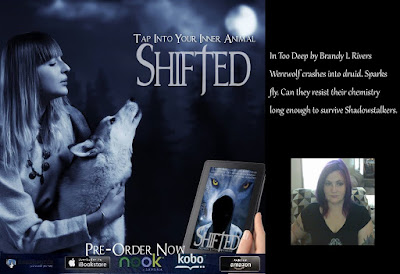 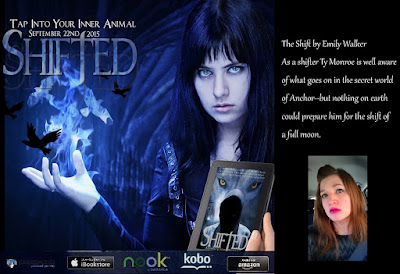 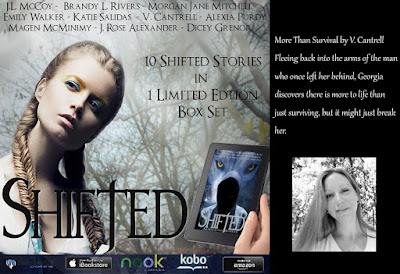 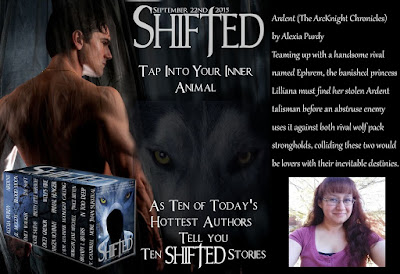 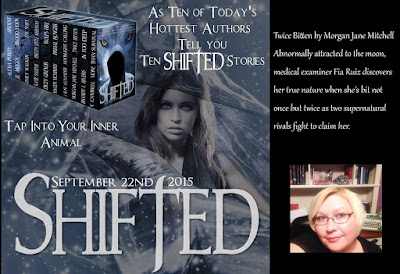 Penumbra: Equinox is back on October 19th! Re-edited, but still with the same awesome cover and story, it's the prelude to a crazy release schedule that encompasses the next two years! And Penumbra: Solstice is coming in JANUARY! Yeay!!! Also, on the 26th? Get ready for the Next Installment of The Faction Stories! 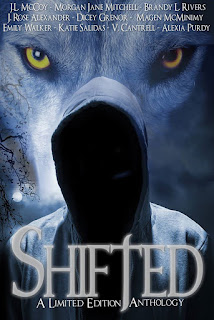 ★SHIFTED – A Limited Edition Anthology★ includes…
Blood Moon (SMVS, #5.5)
by Author J.L. McCoy
~The moon and stars I secretly wanted to give this girl. I did not chase women…but I would chase her to the ends of the earth.

Nikki St. James’ life changed when she was kidnapped by vampires, and Dean Cruz, local werewolf alpha, might just be what she needs to pick up the pieces of her broken life.
Pretty Little Werewolf
by Katie Salidas
~Pack life isn’t for all wolves, despite what everyone else tells you.

All Giselle Richards has ever wanted was acceptance for what she is, a werewolf. But acceptance comes at a price.
Wolf’s Fire (The Narcoleptic Vampire Series Vol. 3.2)
by Dicey Grenor
~Dragons and werewolves…hot shifters. Oh, my!

At the end of times, full of torment and tribulation, the world needs Punch, a man driven by purpose, love, and loyalty, even though he arrives…in the form of a beast.
Primal Hunger
by Magen McMinimy
~He’d never forgive himself if this moment—just a kiss of blood—a simple drop of crimson—ruined them.

Can a werewolf ever truly trust a vampire? Follow Andre and Savannah as they struggle with love, loss, betrayal and unexpected friendships.
Moonlight Calling (The Nightshift in New York #1)
by J. Rose Alexander
~I have killed people, Melissa. I am a brutal criminal. Never mistake me for kind or caring.

When Melissa Donnelly discovered the stalker’s note on her table, she never expected her knight in shining armor would show up in the small, furry shape of a house cat named Alistair Meowly…
In Too Deep
by Brandy L Rivers
~All you werewolves think you’re the toughest shit out there. Just chill out and give me a minute.

Werewolf crashes into druid. Sparks fly. Can they resist their chemistry long enough to survive Shadowstalkers.
The Shift
by Emily Walker
As a shifter Ty Monroe is well aware of what goes on in the secret world of Anchor–but nothing on earth could prepare him for the shift of a full moon.

More Than Survival
by V. Cantrell
~I’ve spent the last five years building my walls and making sure I don’t need anyone. And now I’m going to die because of it.

Fleeing back into the arms of the man who once left her behind, Georgia discovers there is more to life than just surviving, but it might just break her.
Ardent (The ArcKnight Chronicles)
by Alexia Purdy
Teaming up with a handsome rival named Ephrem, the banished princess Lilliana must find her stolen Ardent talisman before an abstruse enemy uses it against both rival wolf pack strongholds, colliding these two would be lovers with their inevitable destinies.

Twice Bitten
by Morgan Jane Mitchell
~Broad Gate Park has its secrets, Fia never knew she was one of them.

Abnormally attracted to the moon, medical examiner Fia Ruiz discovers her true nature when she’s bit not once but twice as two supernatural rivals fight to claim her.