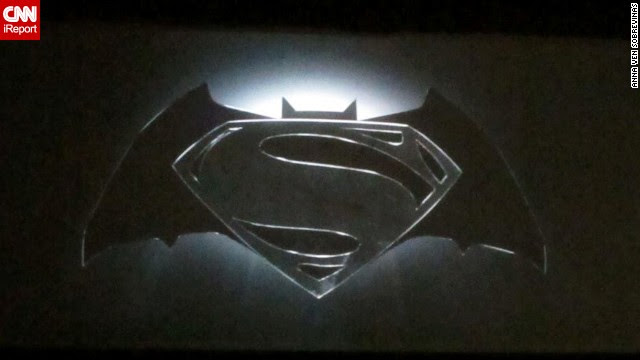 Are you kidding me?! Ladies and gentlemen, this is what we call a FULL ON NERDGASM. This is something that fans and readers and directors have been talking about for years.

And it's finally going to happen.

OK, so. I'm planning on putting my baby out there soon. The book that started it all. One of my oldest works that's been worked and reworked and work again. This is the story that I hope people love most of all. This bad boy has gone change after change after change, but through all of it, I've saved this scene and tweaked it.

So without further ado...

*this material is unedited and subject to change*
*thought at this point, it's been like this for 25 years so I highly doubt it will*


Alia woke up the sound of a perversely happy bird chirping in a nearby tree. She was soaking wet, and miserable, though no longer cold. She was not in the mood to listen to happy little birds whose only purpose in life was to tweet infernally pleasant tunes to those people of the world who could wake up at the crack of dawn.
She had a blanket and a pillow with her, though her choice of bed was apparently a cold hard surface that was in no way comfortable. She adjusted the blanket and rolled onto her back to try and find a more comfortable position.
"Do you often sleep in cemeteries? 'Cause if you do, you're weirder than I am."
Alia’s eyes shot open at the voice coming from behind her. She sprang up from her cold slab, and found the source of the voice. Coray was leaning against a headstone. She looked at him in disbelief for a few seconds then realized she was standing like she was ready to strike him dead. She relaxed a little. "Where am I? How'd you find me?"
“You’re at Green Knoll Cemetery,” Coray answered. “Apparently napping with the dead. As to how I found you?… I was at Vincent’s last night when you busted in," Coray said, walking towards her. “We tried to run after you, but the sky opened up on us as soon as we walked out the door. I ran up to your house, where your mother was standing in the doorway. The front door glass was shattered, and your mother was just standing there, shaking her head, going, ‘no, no, no. No. It’s not possible. No.’
“Your dad came up behind her and saw me standing there. He looked panic-stricken, and confused. ‘She ran away Coray, and we all felt her breakthrough,’ he said to me. He wanted to know if I knew where you would go.”
"So, I guess the rest of them will be here in a few minutes," Alia said, wrapping the dry blanket around herself.
"Nope," Coray said. "They don't know I left to look for you. They only think I left and went home. They have no idea you’re here."
Alia sighed. "Thanks, Coray." She sat down on the tomb.
"You're welcome," he said.
Alia looked at him. “Why did you tell me to tell my parents about the hogrodan’s wound?”
“I knew your parents would know how to take care of it,” Coray said.
Alia shook her head. “I’m not buying it. Dad was really upset that this thing was after us. And you said something about stopping this.”
“Yeah, I did,” he said. “Well, since I was the one who forced the hand, I guess I should explain what’s going on. And I would guess a damn sight better than the half explanation you got last night.”
“The half explanation?” Alia asked. “You are joking. All I got last night was really confused. A brother I never knew I had claimed he was somewhere around nine-hundred years old just appeared in the middle of the living room. My mother has been lying to me my whole life, though why that should surprise me…”
“What did you get out of the talk last night?” Coray said.
“That I’m a witch, and have 4 siblings,” Alia said. “There was something about wolf’s bane? Hen’s bane? And some royalty. By the time they got to that I wasn’t really listening. I also know these mysterious siblings are about as fond of my mother as I am. Especially Jacob, who really seems like a nice guy.”
Coray nodded. “Ok. So now I know where to start.” He sat down next to her. “Well, they have lied to you your whole life, but I wouldn’t blame them for that. It’s some sort of stupid tradition that has gotten them in trouble before. You are a witch, Alia. A full-blooded, natural witch. Just like I am.”
Alia sighed. “For some reason, I didn’t think they were lying about that part.”
“Pissed me off too,” Coray said. “Here.” He produced a cup of steaming tea, complete with tea bag still steeping. “Earl grey, I believe you like.”
Alia looked at the cup as though it were a poisonous snake, and after realizing how cold and thirsty she was, and took it from him. “You too, hunh?”

Don't forget about Faction, either!
Posted by Jenn at 10:55 PM No comments:

I have to research the most ridiculous stuff sometimes. Even though I write some far out stories, I like to be as accurate as possible in my portrayal of every day life, or how things work, or how a city is laid out.

To that end, I think I'm on the FBI list. Seriously. I've looked up WAY too many explosives for them to have missed me at this point. Special Agents reading this: I swear swear that I'm writing a story and I don't actually want to blow anything up.

Still, there are some days when I even bore myself. Today would be one of those. The exciting chapter I'm writing today requires me to research the care and maintanence of waterbeds.

I'll be you didn't know there are two primary kinds: soft side and hard side. There are waveless, which require special care because if you fudge up the fibers inside, you get a lumpy waterbed.

Now you know. And knowing it half the battle.

I almost said that with a straight face.

35 Days until Shadow in Glass!

And don't forget
~*~FACTION IS FREE~*~
on Smashwords through July 31st.

“Is he going to be alone?” Cindy asked. “The only one?”
“No,” Shyia said. “There will be more. They are already chosen.”
The chosen!
I looked at the little boy sitting on my knee. He cocked his head and cooed quietly. “Looks like you get the cape, buddy,” I said. I leaned in close. “Don’t worry, though. I have some tricks up my sleeve I can teach you.”
He laughed and grabbed my nose.

Until my first solo novel goes live! Woo hoo! I'm getting a little nervous as well as excited. While I'm waiting for the manuscript to come back from editors, I had to get something else done as well: The Print Cover. And I'm very happy with the way this has come out.

For those of you who don't know, the picture on the front is of Castillo San Felipe del Morro in San Juan, Puerto Rico. Most people just call it El Morro. It's a National Historic landmark as well as UNESCO World Heritage site, and one of the oldest buildings in the New World. It is absolutely iconic. PR even uses it on their license plates!

The back of the book is a view of the Fortress complex, where el Morro sits, looking towards the ocean. It was a very violent sea when we were there last, and it was amazing to watch the waves 15, 20 feet high breaking and rolling in. Since part of "Shadow in Glass" take place in Puerto Rico, I thought that it was a fitting cover. After all, a Princess should have a castle.

So, without further ado, the print cover for "Shadow in Glass" -- going live August 15th!